I love this time of the year. The weather starts changing, new football season, and all the anticipated new products start being released! 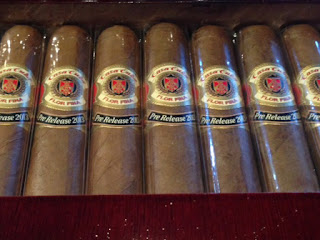 You may have noticed my September post about this when I first heard about it, so imagine my excitement when I received these beautiful cigars!

Casa Cuba is his return to making cigar blends. “I blended this cigar the way
I used to blend Cuban tobacco,” he told Cigar Aficionado during a 2011 interview,
speaking of his days when he made cigars in Tampa using then-legal Cuban tobacco." 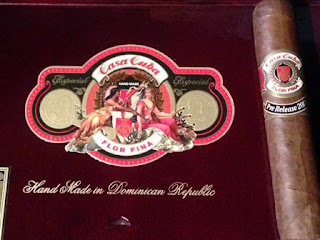 There are four sizes:


The tobacco used in this cigar will be:

This is a medium bodied smoke with a slightly sweet tobacco aroma that will excite your taste buds. The Casa Cuba carries the traditional creaminess that you get with all Fuente's with just a touch of spice. This is definitely an "Old Fashioned" cigar that delivers with a very enjoyable smoke!

I have a very limited Pre-Release quantity! For availability and pricing, please email me at: josh@dwcigars.com or call us at 877-392-4427.